SoonEnough aka Sune Pejtersen is a musician, dancer and loop artist from Copenhagen, Denmark. 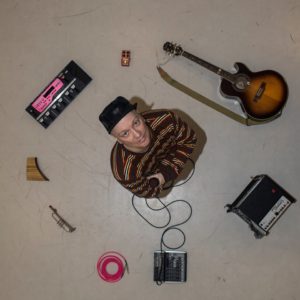 SoonEnough started playing music at the tender age of 6, and has performed in many different bands and settings.  Thanks to a strong musical background and upbringing, learning various different instruments came easy to SoonEnough, and has enabled him to perform as, what might be described as a “one man band”.
SoonEnough has also performed professionally as a dancer in the styles of breakdance and electric boogie / popping, and has travelled the world doing shows, workshops and competitions.

The loop-station opens up a whole new world of possibilities in combining music and dance in a performance – SoonEnough is on a mission to explore and present this new world to the audience!

All music is being performed and recorded in front of the audience, live on the spot – no pre-recorded tracks are being used.

A Soundtrack For Your Eyes – the interaction between music and dance in SoonEnough’s performance is very original and unique.